Can You Remember A Moment When You Felt Vulnerable? 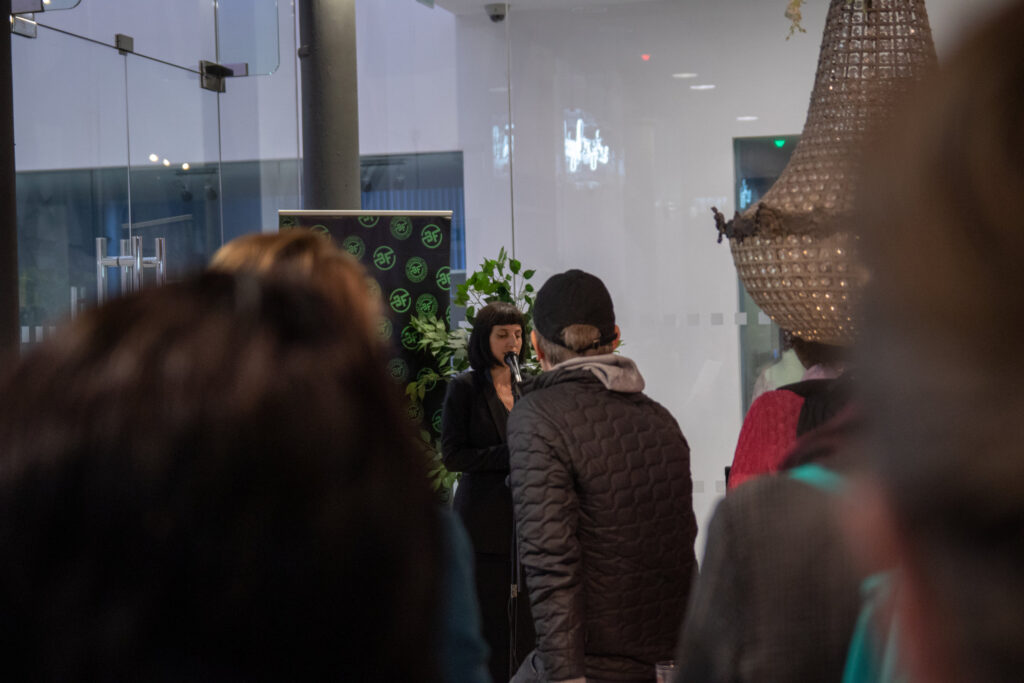 To begin, I want to say a big hello. If you haven’t had the chance to meet me, I joined Free Radical this January as Lead Producer, mainly focussing on BAIT, Southside Producers and most relevant to this writing, our yearly Festival Of Audacity. On Thursday 9th May I gave a speech at our launch of the festival – a few people have asked for this to go public and I feel honoured that they did. I loved writing it and finding the links between everything we do and are. Enjoy and don’t forget to see our programme and trailer here.

“Last night I had a revelation about how we at Free Radical operate, and what makes us unique – and Brené Brown helped me get there. She tells us that “vulnerability is the birthplace of innovation, creativity and change”, and she also says “without vulnerability you cannot have courage” – you can’t be brave.

Festival Of Audacity champions brave, bold & audacious art activists in outdoor spaces (those spaces for 2019 are taking over the transport system but more on that later) – but if we are championing brave artists, what do Free Radical need to be as well?

So, my revelation was this. I realised that these two words: vulnerability & courage, two sides of the same coin, inextricable from each other, were also what was emanating out of this company called Free Radical (a part of the Beatfreeks Collective). Anisa set out to make the things that make things (see Anisa’s speech on TEDx), and in doing so created a culture in which I am lucky enough to work alongside people who embody these qualities, of vulnerability and courage, within an organisation that is built from them.

It felt important to realise this because not only do we value artists to be these things but that we also carry those values forward ourselves too. We are all in it together and realising that felt great! And how might you ask do we carry that through in our actions? In lots of different ways, such as…

Co-designing with young people our talks and discussions, as well as ensuring that we give them space to speak up, such as through our Brum Youth Trends report. And when they do speak up, that they feel heard and we respond creatively. One of the concerns raised recently, regarded the transport systems, and we responded by using that as a creative boundary and citing all of the work on modes of transports across the city for Festival Of Audacity. In order to ignite a positive relationship between our young audiences and their transport system.

And it’s been a brilliant challenge which has forced us out of an art industry silo and into an innovative cross-sector collaborative approach, and one we might never have thought of if it wasn’t for young people speaking up through Brum Youth Trends. It also allowed us to challenge the notions of city-centric work and use transport as a way of getting artists to be seen further and we hope by audiences who might not have encountered them before.

There is also something else we do which makes us vulnerable and brave and that’s citing our work outdoors. I will always champion work in non-traditional art spaces as it’s my home, but I’ll be honest with you all, it doesn’t go without its challenges.

It’s open and vulnerable to elements of all kind, from noise clashes to people clashes, to rain or more rain and possibly rain & wind, eugh, and all of the legalities that come from being in these other spaces, but it feels an inextricable part of why we do what we do. Like we can’t have vulnerability without courage, we cannot use our civic spaces as playgrounds for change, without welcoming in young and marginalised artivists, and allowing them to take up space & be seen. That feels like our brave and political act.

And who are these artists and what binds them all together? For us, they are all Artivists.

Free Radical defines an Artivist as an “Activist-artist which aims to change how individuals and societies think, amplify unheard voices, shed light on the unseen, complicate the overly simple, simplify the needlessly complicated, and turn suffering and injustice into hope and power. Activist-art is rooted in communities and accessible to them; it is committed to making change happen on the micro- and the macro-scale.”

And we can see that through the artists in the 2019 programme such as; the award-winning VR artists, DYSPLA presenting Two Women a piece which challenges and celebrates same-sex couples sharing public signs of affection and connection when digital communication can take precedent. Ella Mesma’s extract from Foreign Bodies exploring notions of British Identity in light of recent Brexit debates too Munotida’s piece, Sonder experienced on a public bus giving audiences an insight into the lives of each passer-by and that their life is as vivid and complex as your own. To Jack Crowe’s Poetic interactive installation “Barriers” exploring themes around movement and finally Lowkey our headliner for our closing event and a prolific British-Iraqi hip hop artist and political activist. These are some of the artists we have in our programme and there’s more.

And where will this all take place?

You can find the festival hub and a big part of the programme featured at the Rotunda sq, Bullring with work on a mobile theatre stage and the Beats Bus with their hip hop workshops, taking over the concourse at New Street station, the bus route 50, our very own private bus and more.

All linked together by our art tour, for those of you who aren’t fans of unpicking schedules, throw away your plans and be guided by artists for artist’s, on a tour of the programme by our Birmingham Artivists in Training cohort and see more of their own presentations across the city.

And finally, I’d like to finish by coming back to our values and celebrating the partners who without them taking up space wouldn’t be possible.

Firstly thank you to the MAC as our headline partner, a venue who have always championed and supported what we do.

And our programming partners, DanceXchange, Arts & Science festival and Bruntwood who without them we wouldn’t be seeing some of these great artists who align so well to our partner’s values. To National Express for letting us take over the bus system, Network Rail for letting us encounter their New Street station concourse and Grand Central Bullring for being courageous in allowing us to take up space in the city centre.

In addition, something unique to this festival is our travel partner relationships. We are really excited to partner up with Swift and Network West Midlands in order to respond to what young people had said, offering them free travel on buses and trams during the festival, with 300 cards available for 16-30 yr olds for them and 4 pl. And for those of you of any age that love getting around on two wheels a big thank you to Brompton Bikes, for offering audiences 4 x days free bike access as well. And a final big thank you to West Midlands Combined Authority, who have championed and celebrated what we do, and who we are, and helped us forge these cross-sector connections helping us get better connected in many ways. None of this would have been possible without the support from the Zellig our home and base and our funders, Arts Council England.

Thank you, everyone, for being vulnerable and brave, let’s not see these actions as separate and let’s champion those qualities in ourselves as well as those around us, to empower change in the world we see for the better.”

For more information about Festival Of Audacity visit here.