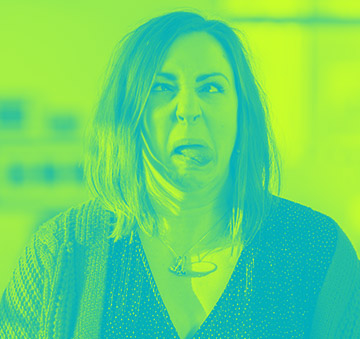 Everyone has that one person in their lives that they look for inspiration. Whether it’s a celebrity, family member, activist or neighbour. For me its Oprah Winfrey that inspires me. If you didn’t know already, she is the first African American woman to host her very own talk show. Oprah Winfrey has a billion-dollar net worth and her own network called OWN. Every time I need a bit of inspiration, I look to her; there’s so much to learn from Oprah, and multiple reasons how I think she can inspire all of us.

First African American woman to grace the cover of Vogue.

She graced the cover of Vogue in 1998. It’s rare for a young black woman to appear on the front of a fashion magazine, let alone the biggest selling fashion magazine in the world.. it was a milestone that will never be forgotten.

She did not let her past define her. When she was younger, Oprah suffered domestic abuse from family members. When she was 14 – Oprah became pregnant and her mother threw her out of the house and she moved in with her father. Oprah used her violent and challenging childhood as an inspiration to work on her career and her dream of being a talk show host. She worked hard and fought for what she believed in. Her courage and strength encourages me to pursuit my dreams and goals.

Oprah Winfrey is the first African American female billionaire to be recognised on the Forbes list… now that’s what I call BOSS movements.  Oprah owns her own network called OWN, along with several other businesses. Her nickname is the ‘queen of all media.’ Her net worth is $144 billion. Her work ethic and creativity is unmatched.

Founded an Academy for Girls in South Africa

In 2007 Oprah founded the Oprah Winfrey leadership Academy in South Africa. Oprah said she founded the academy to provide educational and leadership opportunities for academically gifted girls from impoverished backgrounds.

First African American woman to host her own talk show.

Oprah was the first African American Woman to host her own talk show. Her show was called the Oprah Winfrey show which aired in 1986 and ended in 2011. Orpah’s show had 15-20 million American viewers a day.

Oprah is a philanthropist

She has donated millions of dollars to charities. Most of her donations have gone to educational charities. She created Oprah’s Angel network in 1998. Her charity network raised over $80cmillion.

Oprah was awarded the presidential medal of freedom by Barack Obama.

I often find myself saying, ‘if Oprah can do it so can I!!!’ My love for Oprah began when I was 13 years old. I admire her grind and her hustle. Together with her giving heart, Oprah is my inspiration and my role model. And I hope you find your inspiration too.