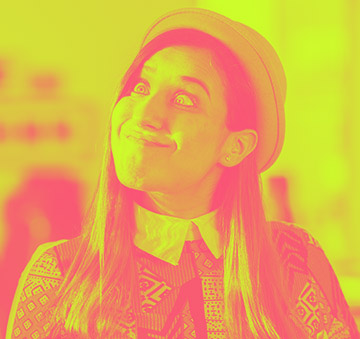 Ahead of the Brum Youth Trends summit on 10th October at Birmingham Town Hall, we caught up with 6 young people to ask them ‘Who Runs Brum?’

It’s the question at the very centre of the 2018 Brum Youth Trends report, where we have asked nearly 1500 young people what they think of Birmingham. Who’s redirecting your bus route? Who’s knocking down half the city? Who’s closing the youth centre? Who’s making the big calls? This is what they said.

“All the building developments going on around Birmingham City Centre give a pretty good idea of who is running Birmingham – and it’s not the people. This sort of development may be beneficial for attracting talent and other economic investments to the city in the short-term but it’s much harder to see how those benefits will reach the majority of us living and working here in any real, tangible way.

Birmingham has one of largest youth populations in Europe, a vibrant creative scene and a lot of people working hard across the city to tackle serious issues which affect many citizens, such as housing, decent employment and transport. However, it often seems like these people are not the ones who get to have a meaningful say in big decisions about the city and have a hard time being heard by those who do.”

“Like everywhere, it feels as though Birmingham is run by white middle-aged big wigs in their suits, out of touch with the realities of the city… and officially, that is who ‘runs’ it.

But truthfully, the city is run by those that live in it. We all have the power to change things; to make our city even better than it already is! I’ve met so many change makers dedicated to the city, and so many organisations making the the fabulous place it is. If there’s something you want to be better, then you really can make it happen. Birmingham is our community, and we’re in charge!”

“I was once told that you could predict the future success of a city by the number of cranes in the sky. Birmingham has these in abundance. Major economic developments are constantly being undertaken – we hope these will bring employment and prosperity to the city, but what say do young people have in these decisions? It’s essential that we bring young people to the forefront of decision making, given the fact that we’re the generation that will live with these dramatic changes.”

“In 2018, we are one of the most historically, culturally and politically aware young generations to current date. This is because we have a humongous amount of resources to explore our roots, and search our world’s current social-economic situations. With this in mind, it poses the question, why shouldn’t our voices be heard? We are a strong generation who would make developments within our city that are unimaginable if more hands from our older counterparts were put out! Tell us #WhoRunsBrum so we can work with them to make our visions a reality!”

“Young people of Birmingham run the city. In Europe, Birmingham is the largest city with almost 40% of its population aged under 25. The combination of the many universities in the West Midlands, the unsustainable living costs of London, and the improved transport links in Birmingham, Birmingham is filled with potential. I’ve seen more people supporting others around here, and more willing to collaborate, and achieve inclusivity. (Not having change be tokenistic). People here are not ashamed to hyphenate their talents, and they’re brazen in their activism. So it’s unsurprising that there is a thriving arts scene here, especially one that grew independent from established organisations. This is especially true for those who are minorities. Success is no longer defined as wanting a seat at a table with those who would have otherwise ignored you. It’s precisely that attitude which has changed the game. It’s why the young run Brum.”

“Birmingham is the youngest city in Europe, right? So surely young people should be having some say in the future of the city! Listening to the young voices of Birmingham and investing in the future generation should be a priority and I believe that it is essential for organisations to involve young people in all decisions that affect them. Today’s youth have high expectations of the future, with clear visions of what we are capable of. We are rarely given chance to get our voices heard. We are the next generation of leaders, movers and shakers and yet we are rarely given chance to get our voices heard. Those who are currently ‘running the city’ need to be giving young people the tools and opportunities that will enable us to run the city in a few years time.”

Written by members of the Beatfreeks community, Isobel, Mathilde, Josh, Chloe, Aksana and Grace. We would love to see you join in the discussion.

Designed by nereapr.com
Free cookies!
To provide the best experiences, we use technologies like cookies to store and/or access device information. Consenting to these technologies will allow us to process data such as browsing behaviour or unique IDs on this site. Not consenting or withdrawing consent, may adversely affect certain features and functions.
Manage options Manage third parties Manage vendors Read more about these purposes
View preferences
{title} {title} {title}
Menu