The Secret Of A British Castle 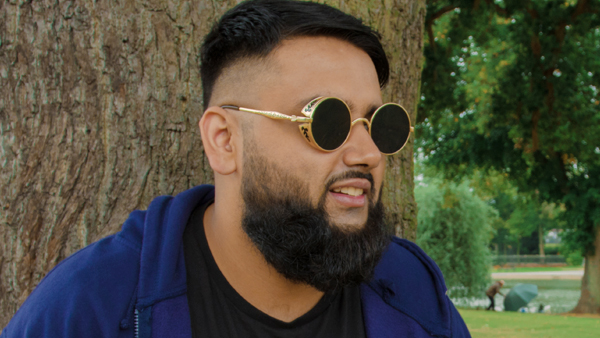 Lancelot ‘Capability’ Brown is someone I wouldn’t judge you for not knowing. The world of influential landscape gardeners was monopolised in the 90s by Alan Titchmarsh. If you don’t know who that is – I have no words for you.

The first time I heard of him (Brown not Titchmarsh) was on a commissioned project by the National Heritage Fund a couple years ago. Me and 5 other poets were asked to debate the character of good ol’ Capability Brown: whether he was a visionary or vandal. We performed our pieces at Croome Court, one of his famous examples of work. Both arguments had some umph behind them.

In the midst of hearing how he would decimate landscapes, move whole churches brick by brick, corpse by corpse (leaving the women behind because he was that type of misogynist), suddenly Lancelot was dropping in the reputation charts.

Two years later the ‘At What Cost‘ project comes my way and Lancelot crosses my path again. This time we are asked to creatively analyse the link between Warwick Castle and slavery through collaborative poetry and visual art. It’s weird that on hearing previously how Lancelot would send his understudies across the world searching for exotic saplings to populate his egotistical creations, slavery was happening.

When you have aesthetically pleasing idealised images of British history etched in your mind like picturesque tea parties on sociopathically prim lawns of Downton Abbey like properties it can be hard to remember SLAVERY happened. Slavery funded this. It literally provided the sugar for those tea and cakes.

I read somewhere that before transatlantic slavery and colonialism of American areas where sugar cane grew, the average yearly intake of sugar in England was like a tablespoon. The irony that years later we gorge on that sugar so much that our bodies don’t know what to do with it: enter tooth decay, obesity and diabetes.

I’m getting sidetracked I know. Surprise surprise, many of Lancelot’s rich aristocratic commissioners, much like their descendants today, bolstered their income by unsavoury means. Francis Greville, the owner of Warwick Castle at the time when Lancelot designed it’s grounds, was an investor in a slave plantation in Tobago. You would not know this visiting Warwick castle. With its lavishly decorated halls (*cough* colonial possessions), unapologetic tour guides, ice creams, exquisite forestry, wooden swords on sale for all the little kiddies. I get tourism but can we stop romanticising this era? Is it too much to teach our young, real history, so we can check our privilege and understand a bit about how the world is now, because there are still people profiting from slavery; and they are still empowered to make decisions for you.

The project started with a tour of the grounds. The weather couldn’t have been better. Families sat on grasses spending rare family time together. It was cute to see. Then we probed the tour guide. “So this enlightenment period… Did these enlightened aristocrats that travelled the world for conversation starters do anything to help dismantle slavery?…” “Nah.”  “These villagers whose houses where mowed down because they impinged on the view from the castle, were they all rehabilitated?…” “Not all of them.”  “Did Lancelot know his boss owned a slave plantation?…” “Slavery was normal back then, economic, it was normal.” We didn’t know what to say.

I was teamed up with Rue, a talented poet, and almost instantly the theme of the true King’s and Queens of Warwick castle hit us. How before slavery, West Africa was like any other civilisation, in fact it was booming.

Africa had beauty and a treasure of resources. When chattel slavery happened, it didn’t matter if you were a king or queen, doctor, or a teacher, a nurse, an academic, a saint – You were black.

Their possessions were stripped of them.

So our collaboration wanted to remind everyone that black history did not start with slavery. That these King’s and Queens were enslaved and the ‘quintessential British garden’ was payed for with blood. We often forget that. That needs to change.

This project was my first commission as a visual artist and gave me the opportunity to have many a debate; philosophical, historical, societal and spiritual. Here the very peacocks standing fanciful and commercial aren’t even from this land; stolen because they made great accessories. I felt throughout the link between slavery and it’s sibling colonisation. It challenged the often conflicting Pakistani diaspora I face on a day to day basis and allowed me to reach some truths about this whitewashed education system that for some time owned me.

On October 1st we ask you to come to Warwick castle and see what we have created. My partner Rue the Kid as well as the other incredible artists would like to show you our takes on the secrets of empire, of ‘civilisation’ and challenge the delusion of Britishness.

Want to write a guest blog? The theme for October is ‘Self-Celebration/Black History Month’. Send your blog to bradley@beatfreeks.com, or contact for more information.