The Importance Of Cultural History: Kashmir – A Fragmented Land 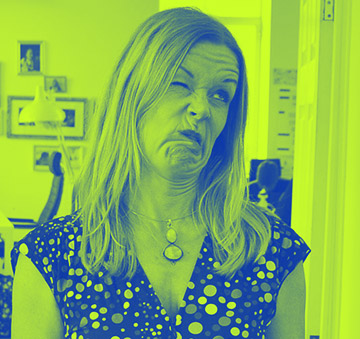 The immediate thoughts which sprung to mind when faced with the word ‘history’ were recollections of sitting in a high school classroom making notes on British monarchs. However, it is only after following the dictation of the National Curriculum, I found myself with a genuine interest in learning about history – only this time, it was about my own history. Like a lot of young people descended from immigrants, I found myself feeling increasingly alienated and confused regarding my identity – I felt unsure as to whether I could class myself as being British, I tried to define what ‘home’ was and realised that, whilst I could name the various monarchs in near perfect order, I knew very little about where I was from – Kashmir.

I’d spent most of my teenage years as the only non-white member of my friendship group and, despite being raised in a multicultural area, I went to high school in a predominantly white town.

I didn’t bring up culture or ethnicity simply because I attended the kind of school were slurs like ‘Paki’ were thrown around more often than footballs at breaktime. Being labelled as a ‘coconut’ by the Asian cliques and struggling to find anyone in my own friendship group that understood my struggles with coming to terms with my identity, I simply repressed any feelings of curiosity which stemmed from a desire of belonging.

It was less than a year ago, after moving out to university and meeting people of a similar background to myself, that I began to search for an answer. I did what most people tend to do; I rumudged through pages of google, read numerous articles and tried to keep myself awake whilst scrolling through a seemingly endless Wikipedia inconsequential page on the history of Kashmir. I’m what’s referred to as a ‘third generation’ migrant, meaning that two previous generations of my family have lived in this country and I don’t have any immediate family members born in Kashmir to turn to for answers. The first and only time I visited Kashmir was in 2002 for my Grandfather’s funeral. Understandably, I don’t have many memories aside from my uncle trying to drive his car up the narrow road winding around the Kashmiri mountains.

Unbeknownst to me at the time, Kashmir was, and still is, a disputed territory nestled between Pakistan, India and China. The part that I was visiting was located in Pakistani administered Azad Kashmir (‘Free Kashmir’), whilst the southern and southeastern parts of the region make up the Indian state of Jammu and Kashmir. A little research led to me find that, even before India and Pakistan gained independence from Britain in August 1947, Kashmir was hotly contested. Under the partition plan provided by the Indian Independence Act, Kashmir was free to accede to India or Pakistan. At the time, Kashmir had a predominantly Muslim population and Hari Singh, the Hindu ruler at the time, decided the state was to stay independent. Because of the Muslim majority, Pakistan, an Islamic republic, seeked to claim Kashmir. Hari Singh countered this by asking India for military help and signing the ‘Instrument of Accession’ which made Kashmir officially part of India with some autonomous privileges. This resulted in the Indo Pakistani war of 1947 which was followed by numerous other wars in 1965 and, most recently, the 1999 war.

It felt odd to read about a conflict in a land so directly related to me whilst sat five thousand miles away.

Delving deeper into the history of Kashmir led me to understand that Kashmiris on both sides are still, to this day, experiencing immense oppression. A documentary called Inshallah Kashmir, which can be found on Netflix, provides a rare insight into the life of Muslims living in Jammu and Kashmir. Ashvin Kumar, the creator of the documentary, describes it as a ‘series of counterpointed testimonies and the heartbreaking coming-of-age of ordinary people’. Admittedly, it was harrowing to watch, reduced me to tears on multiple occasions and stayed with me. However, it provided me with a much needed understanding of how a conflict which arose in 1947 still, to this very day, is claiming innocent lives and tearing families apart.

Interestingly, around the same time I watched the documentary, I came across a quote by the 19th century British historian Sir Walter Lawrence – “The valley is an emerald set in pearls; a land of lakes, clear streams, green turf, magnificent trees and mighty mountains where the air is cool, and the water sweet, where men are strong, and women vie with the soil in fruitfulness.” The renowned beauty of Kashmir, as recounted by Lawrence, harshly contrasted against the reality faced by those trapped in a land that appeared to stand frozen in a tension that predates them. I was left feeling grateful for my life in Britain whilst I also grieved for the land my ancestors left behind and my fellow Kashmiris on the other side of the border.

I discovered that, like my own family, sixty to seventy percent of British Pakistanis in England have origins in Azad Kashmir.

I realised that my identity conflict can’t be unique – that this exact dilemma must be faced by many other children of immigrants who are unsure of where they belong. I reached out to my homeland in a bid to make sense of my fragmented identity with the hope of finding where I belong. However, I found that Kashmir, like myself, is a fragmented land enduring an ongoing and persistent conflict rooted in differences of identity, religion, language and culture. Ultimately, this journey of self discovery, through learning about the history of my homeland, left me feeling a responsibility to understand Kashmir and to ensure that I remain in touch with my Kashmiri identity. Which is difficult for Kashmiris who often get told they’re either Pakistani or Indian. In fact, recently an Indian coworker told me that there’s no such thing as a ‘Kashmiri’. Ultimately, all identities are relational – only making sense when you compare it to something else, but one thing I know for sure is that cultural history, whilst important in forming part of my identity, doesn’t define me and also stems from people, not from a piece of land divided by an arbitrary line drawn in the war rooms of military generals.