Racing Through The Moonlight For Representation 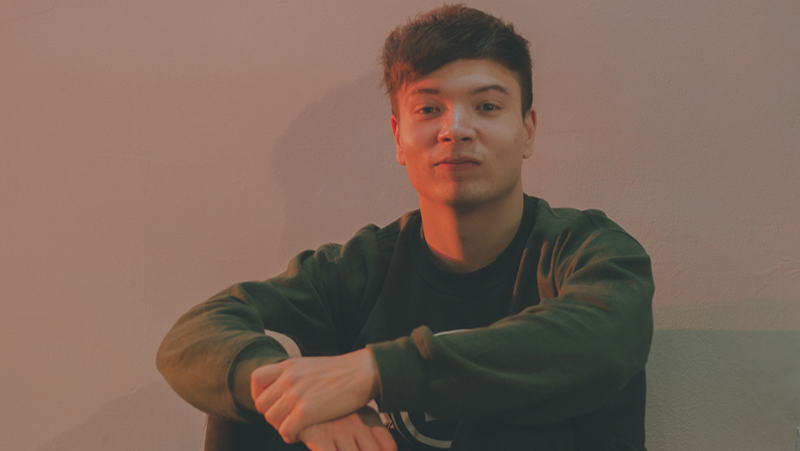 I tend to search for myself in movies. I think it’s built from decades of wanting to be able to relate to on-screen characters in a world that prioritises cis-male white heterosexuals… or a little bit of narcissism. Probably a little mix of the two. There came a point where I took a hard pass on mainstream movies and decided to almost completely just watch independent movies (with exceptions of course, I can’t just not watch X-Men movies when they come on Channel 4). These independent movies are films that are made for me or other communities that don’t get their stories told through mainstream media usually (or accurately *cough* Stonewall, 2015 *cough*).

Unfortunately, even though there’s a lot of great queer movies, they are still very white-centric.

A little run down without spoilers; the film shows Chiron throughout 3 stages of his life with themes of identity, fragility and family. What was really interesting was the portrayal of his sexuality, we don’t actually know what he defines himself as. It was a very flazéda approach, which felt very authentic. He was quiet and awkward, the people that he was surrounded with weren’t gay, or societies definition of “feminine”, so naturally, his personality and what he did in his free time was shaped by his environment…

Not every gay persons goal in life is to be a gay best friend.

Actually I don’t think it’s anybody’s goal (unless it was to be the best friend of like Jade Thirlwall or Rihanna). There’s a lot wrong with the way Hollywood movies stereotype gay people for the straight experience, for starters, the characters are all usually white; they’re also either overly camp and evil, the butt of every joke, or the side kick to a teenage girl. But that’s just the tip of the iceberg with what’s wrong with mainstream cinema. In 2016, Scarlett Johansen starred in a film as a Japanese woman (allegedly they even altered her face to give her, and other white actors, more of an east-asian appearance). This year, Matt Damon is playing the hero in a film called “The Great Wall”. In 2015, Eddie Redmayne played a transwoman, taking all the awards & the praise for a story about trans people which leaves trans people not being able to benefit about their own story. Messy, yes.

When I was younger, I began to find myself through characters like Justin Suarez. I was a bit slow in realising my sexuality… even though I went to an all boys school. However, that moment Justin came out, I felt something that’s hard to describe. Like butterflies… but guilty butterflies. Guilty because society taught me that gay was wrong before I even knew what being gay was. But like, it was soooo right, so right because it was so pure and full of love. It might have been my first time seeing a coming out scene. I wish A Love That Will Last by Renee Olstead played every time I came out.﻿ If I had to try and explain how these guilty butterflies felt to someone that’s straight and into sports, it’s like – if you have always supported Manchester United because that’s who your family love, but your heart is truly, honestly and irrevocably with your home team, Birmingham City FC, because that’s what is right to you. It’s the final cup between the two teams… there’s tension in the household… we’re down to the last 6 seconds… everyone is expecting Manchester United to win but out of no where, Blues score the winning goal! Your friends, family, the people you’re around are disgruntled and may be cursing at the TV, and you feel guilty but honestly, you feel this sense of relief that remains bottled up until you can scream “YASSS kings of sports” into your pillow. I’m such a sports bro.

A lot of people when they come out say that they felt “different”. There’s nothing different about being gay, it’s just that everything around us is so… the same.

I thoroughly recommend supporting independent movies, not just to explore interesting identities, storylines, narratives and creativity, but also to support those that put so much time and effort into these films. I hope Moonlight paves the way for more indie films to get seen on an international level, whether that’s through becoming mainstream or by word of mouth. A few films that I recommend are The Love Of Siam, GBF, Hurricane Bianca, and of course Moonlight. I’ll be checking out Spa Night next. In the meanwhile… I’m just going to put this out there, can someone make a solo Ice-man movie, seeing a gay superhero would be pretty cool. Also, if you have any movie recommendations, let me know.

Want to write a guest blog? The themes for 2017 have been released, continuing with ‘Injustices’ in February. Send your blog to bradley@beatfreeks.com, or contact for more information.

A big thank you to Flatpack Film Festival for providing us with tickets to see the advance screening of Moonlight.