How Do I Tell My Family? 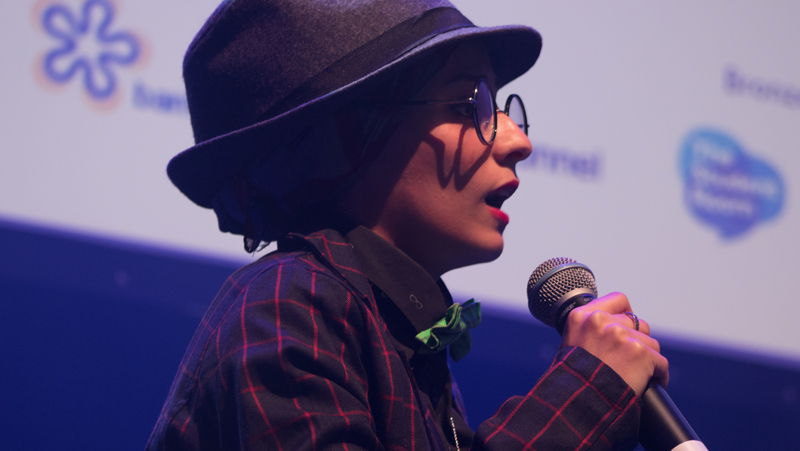 A 13-year-old YOUNG GIRL just got engaged to a 21-year-old boy. Let that sink in. She does not know him. And he’s her cousin. Her parents are marrying her off to be company for her female cousin in Saudi because she needs company from another female.

After I felt physically sick hearing this, I spoke to different people to explain why this was wrong, though my Mum also thought it was not right, and majority of my aunts in Yemen also disagreed with the decision for different reasons, I still felt that silence allowed this to happen.

A 13 year old girl is going to have to leave her grieving mother (from losing a 9 year old boy a few months ago), and leave the country, to start a family and future with a stranger.

I can’t help but think the reasons for marrying her off at such a young age are appalling; not that I’d agree if there were other reasons unless she was practically in love with him and even then I’d say wait until you’re 16 and see if you still feel the same. I can’t help but think, would I agree to this if I was a recently grieving mother, from a war torn country with no money? I hope not!

So everyone that kept silent is just as much the problem as the mother and the “Religious” grandparents are. This same family that told me I shouldn’t talk to my male cousins at the age of 10, or the same family that will miss a dear family members wedding because someone is playing nasheeds (Nasheeds are a work of vocal music that is either sung acappella or accompanied by percussion instruments such as the daf) with musical instruments. Hypocrisy.

“And test the orphans [in your charge] until they reach a marriage­able age; then, if you find them to be mature of mind/sound in judgment, hand over to them their possessions…” (Quran, 4:6)

Even though in Islam, a girl who has reached puberty can marry a man, it specifically states they must not engage in sexual activity until they are both mentally and physically ready to do so. How many parents know this? The first things I’d hear as a 10 year old in Yemen after a cousins wedding would be “did it happen?” like some sort of pride in a) my daughter is a virgin and b) she’s a woman now.

Don’t get me started on how wrong this is in my head.

We must emphasise that Islam strictly prohibits sexual relations outside of marriage. Almighty God said in the Qur’an:

“And do not approach unlawful sexual intercourse. Indeed, it is ever an immorality and is evil as a way.” [The Quran: al-Isra’ 17:32]

And for people who pull the “Oh but Aa’ishah did” line:

“As for Aa’isha, her marriage was subject to the same conditions and laws as we have mentioned above, and was conducted with the full consent of her parents, who were already looking for a suitor for her. The Prophet (may the peace and blessings of Allah be upon him) did not live with Aa’ishah, or have intimate relations with her, until she had reached the Islamic legal age of consent, according to the norms of the society at the time – something which was not criticised or challenged by even his worst enemies. She remained his wife for the rest of his life, and all of his other marriages were to women much older than Aa’ishah.

From the point of view of Aa’ishah, she showed none of the characteristics that are commonly associated with forced marriage or child abuse. She was happy, confident, and strong-willed. She remained loyal and loving to her husband, both during his life and after his death. She spoke up for women’s rights, including the right of childhood to be respected, even though she had not even one word of criticism for how her marriage was arranged or conducted.

Finally, just because the Prophet (may the peace and blessings of Allah be upon him) married a woman immediately after her reaching puberty doesn’t mean that this is recommended or even allowed for a Muslim today.” www.talktoislam.com

I can talk about what I don’t agree with regarding child brides (let alone forced marriage being a completely separate issue we need to focus on as a community). However, the older and longer I spend digging into it the more I realise how fundamental it is to have these conversations with your immediate circle first.

It’s about challenging those who are immediately around you before taking it outside your home and I guess that’s where I’ve got.

Want to write a guest blog? The themes for 2017 have been released, continuing with ‘Injustices’ in February. Send your blog to bradley@beatfreeks.com, or contact for more information.