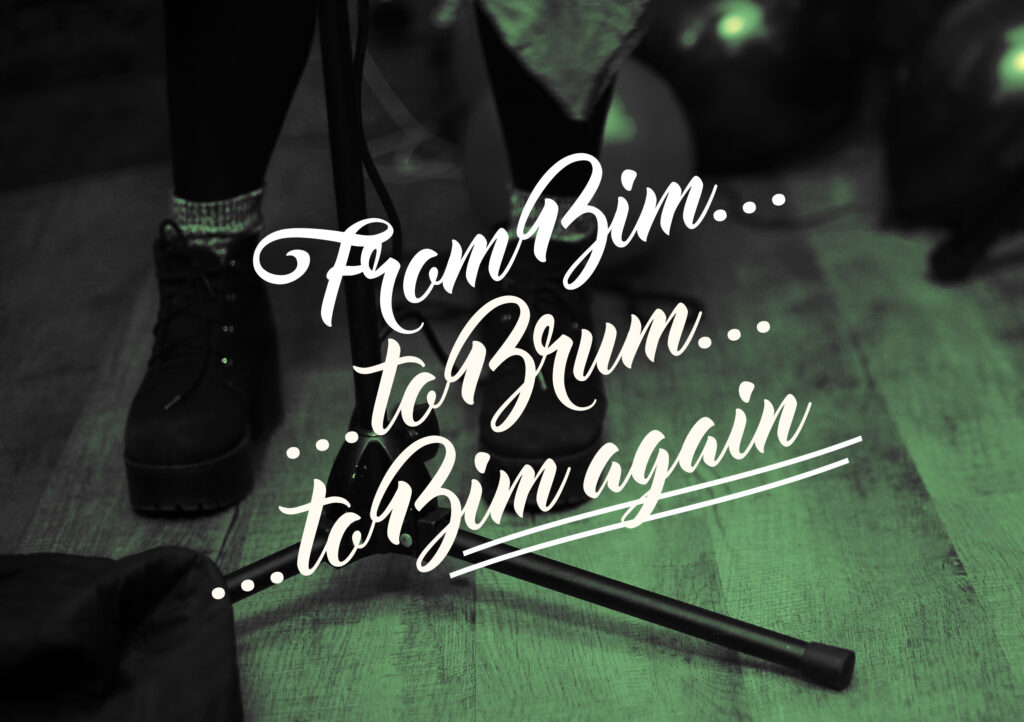 I’ve always had a love affair with the unknown. I’ve found making first steps can be terrifying but that’s where the greatest things tend to happen. I love moving to a new place and being a part of a movement. Or moving to an old place and starting a movement. What I don’t love so much is the leaving. I’d rather avoid the emotions in goodbyes but sometimes I attempt to express my vulnerability in a tangible way so I can lift it, proud like a Nursery child, and proclaim “This! This is mine.” And that is exactly what this blog is, my attempt to truthfully document what has been and what could be – from my journey to Birmingham, to the life I made for myself, and finally the end of the era as I go towards the uncharted future of the Beatfreeks Barbados project. It will be hard to keep it short but I will try.

My desire for catharsis and expression was nourished in Barbados by drama camps, music events, and catalyst theatre. I became a young girl who stared at the moon dreaming of living in England to work in the “theatre” as a “thespian” and just Judy Dench-ing my way through life. But the reality of drama school turned the word “acting” into the taste of too much hair spray and big egos. Additionally I realised there isn’t any space for a queer, feminist, Caribbean, woman of colour with a body that is shaped a bit like a potato. So it never happened. But what did instead?

Again we come to this idea of steps into the unknown sweeping you down an unintended path. In three years I learnt serendipity has a way of taking your hand, putting a poem in your back pocket and running you into a coffee shop with an open mic event. Then two blinks later you are a part of an underground, pacifist yet defiant community of change-makers. People who knew the world was in their palms and did everything in their power to make it better. And as Birmingham adopted me, my voice was the dead giveaway that I refused to trade. Never once did I pass up the opportunity to remind people that Barbados was where I came from or imparting unapologetic Bim wisdom all over this English city.

All I offered to Birmingham, it offered back. Years passed in recognizable seasons and I fell in love with spoken word on bridges, fought the patriarchy, got a degree, worked a kick ass job, laughed loudly in inappropriate places, performed (a lot), saw snow for the first time and walked in it barefoot. In retrospect that is exactly what Birmingham was, a place to, like snow on your toes, feel in absolute extremes.

Heading Back to Bim

But even amidst this whirl-wind I would go home to catch my peace and every time a tiny voice in the back of my head would say “you can do things here. You should be doing things here.” and the last time I hop-scotched back across the Atlantic I knew now was the time to settle down. There has always been a strength in the spirit of Barbados and recently the rumble of change has been in the wind and I’ve got to be apart of it.

Now is the time to make new moves with deeper roots and be grounded by the lessons from my two homes.

But though I will go away from Birmingham, I am not leaving. Brum ain’t getting rid of me that easily I’m taking a piece with me. With blessings from Beatfreeks I’ve packed up the model and principles to prototype it in Barbados.

I’m packing my ambition, my interest in untold stories, my links overseas and my facilitating swag to try my best to make a contribution to the land that made me.

How Will I Do This?

With patience, people and passion.

At this level, as I put the right structures in place there is the opportunity for you to get involved by offering financial support here. These donations will be coming to me so I can invest in the small expenses that will be involved in the start of the project.

What am I feeling about everything? Sad, contemplative, scared, terrified, anxious but excited and comforted by a familial sense of hope.

Will it work? I ain’t gotta clue. It might or it might not. Who is to say.

All I know is, as Bilbo Baggins so articulately put,  “I think I’m quite ready for another adventure.”

Want to write a guest blog? The theme for June is ‘Appreciation’. Send your blog to bradley@beatfreeks.com, or contact for more information.