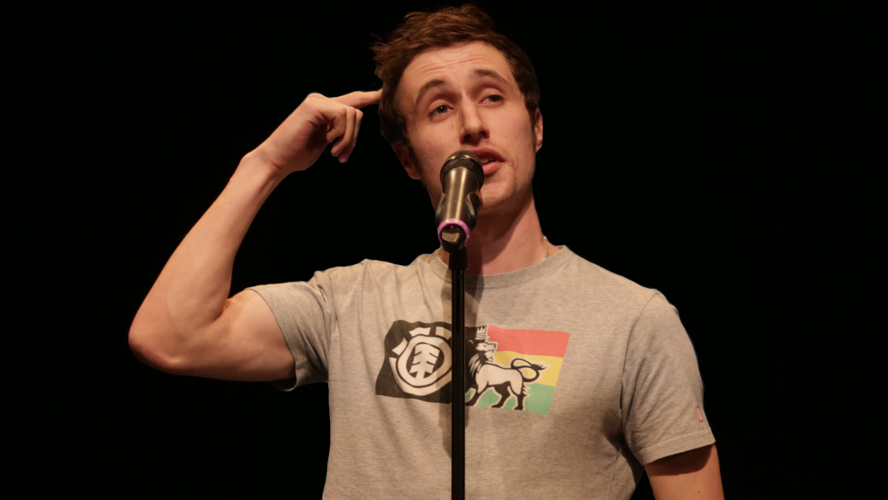 Art can’t change the world and neither can you… alone.

According to the all mighty Google, the definition of social action is: individual or group behaviour that involves interaction with other individuals or groups, especially organised action toward social reform.

Do you think what you do with your art fits into that? You do? Great. Me… not so much?

I’m proud to say I belong to a community of artists who use art as amplification and the microphone as a megaphone to talk and shine a light on issues in a creative way; from people spitting radical rhymes to actors bringing a struggle to the stage.

However your art should be the smallest part of your activism and your fight. Write your poetry, but sign petitions, play your music but attend demonstrations, paint your paintings but volunteer in your community. My biggest inspiration have always been outspoken performers such as; Bill Hicks, Immortal Technique, Yasiin Bey, Chuck D and Bob Marley, but they were never just the artist. Immortal Technique used money from his ‘Third World’ album sales to build an orphanage in Afghanistan, and Bob Marley joined the hands of political rivals during a political civil war in Jamaica.

To quote Yasiin Bey (a.k.a Mos Def): “Comfortable People Do Not Become Revolutionaries.”

My whole ideology on what I do for a living and what I plan to dedicate my life to is that art is a powerful catalyst for change, this does not mean however that by me standing up in coffee shop and shouting out political poetry will bring about world peace. I have a part to play that is beyond being a performer. I’m not satisfied with just being a performer going back to Yasiin Bey’s ‘Comfortable People Do Not Become Revolutionaries’

Being an artist is often portrayed as an individual.

Within popular culture we look up to ‘God-like popstars’, praising their creativity, forgetting that they have a team of writers, producers, stylists etc who help them create ‘their’ art. This should also be applied to many of the great leaders such as Dr. King and Fred Hampton, they had teams of people, mentors, legal teams etc who all helped them to achieve such great things.

The same applies to the artists hungry for change, we can’t be a one man or woman movement. Like any successful revolution, it involved people coming together and organising. For example: You’re a poet? Why don’t you team up with other poets and put on a show where you raise money to help the refugee crisis.

You don’t need anyones permission to try and make a better world around you. Social action as the name suggests involves action.

Creating art is brilliant for so many factors of a revolution such as: educating, raising awareness, bringing people together and is so empowering to the artist and audience members but we should never fool ourselves into thinking this is enough once we have passed through the catalyst, we need the reaction. Get out there and do something. But I know it’s scary ‘ennit.

We always praise (as I’ve done in this blog) activists, leaders and revolutionaries from the past. Quotes of Ghandi are splattered across social media, and the iconic image of Che can be found on mugs, t-shirts and baby grows. We should learn from these acts of change, both positive and negative but we must not wait around for a new leader. One of the key factors in maintaining power within a dictatorship is to make the masses feel weak and powerless, don’t wait around for others if you want liberation, it starts from you.

Want to write a guest blog? The theme for June is ‘Appreciation’. Send your blog to bradley@beatfreeks.com, or contact for more information.