A Shout Out To All The Snowflakes 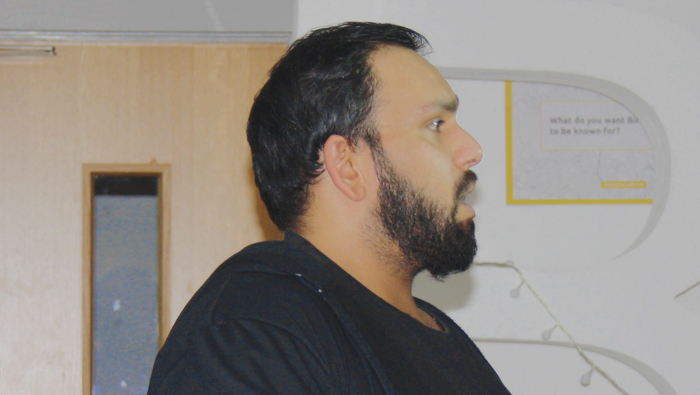 We’ve all seen the news lately, but there is something in particular that I find really odd that I’d like to point out; we live in a time where all of these statements are true at the same time:

Over the past five years(ish), we’ve seen equal marriage legislation being passed around the globe, and we’ve seen trans-people mobilize for visibility. The ‘Black Lives Matter’ movement has stopped traffic in the name of equality, whilst the Occupy movement brought cities to a standstill for weeks on end to challenge the status quo.

In the same period, just over 50% of the UK voted to leave the EU following a nasty finger pointing campaign, America has stopped people entering the country on the basis of their religious beliefs, and newspapers are reporting a HUGE rise in hate crimes in the UK in recent months.

For every person fighting for equal rights, there’s someone else accusing the world of ‘political correctness gone mad’.

The dictionary defines ‘political correctness’ as “the avoidance of forms of expression or action that are perceived to exclude, marginalize, or insult groups of people who are socially disadvantaged or discriminated against.” Sounds pretty good, right?

Apparently not, do a quick google search of the phrase and you’ll find loads of groups calling themselves things like ‘the Anti Political Correctness Group’ or whole Tumblrs devoted to ridiculing the idea of being ‘PC’.

After the Orlando club shooting, Donald Trump told Americans that “They [Obama and Clinton] have put political correctness above common sense, above your safety, and above all else,” and at other points he told the word that “I think the big problem this country has is being politically correct,”

Closer to home, Nigel Farage has talked about an ‘obsession’ with political correctness, and his replacement as UKIP leader recently referred to ‘cutting through politically correct waffle’. The phrase picked up traction in 1990 in response to student activism in American universities and by 1992 appeared in news stories 2,800 times. It’s no coicidence that this is the same year as the LA riots.

People fighting for their rights and the rights of others will be met at every turn by someone telling them they’re going too far, or shouting too loud, or asking for too much.

They are wrong. Freedom of speech is not the freedom to oppress whoever you feel like.

Calling someone out for being ‘too PC’ is an attempt to control the individual, and we should call it out every single time.

Recently, there has been a shift in the way people talk about being PC. The comments sections of Daily Mail articles have taken to calling people ‘Social Justice Warriors’, a sneering and sarcastic term which belittles the struggles and obstacles people have to overcome to secure their right to be heard. There’s been memes about ‘Feminazis’ and whole articles about the ‘loony left’. There is a particular phrase they use which I find baffling. Those same commenters in Daily Mail articles have taken to referring to the young people who call them out as ‘precious little snowflakes’. The phrase plays on the fact that snowflakes are all unique, referring to young people being vocal about their individual identities. Snowflakes are also delicate and easily damaged, a trait which haters see in young activists today.

Politically and socially aware young people today are as strong as ever, and we’ve never needed that more.

Reported rates of homophobic abuse rose 147% in the 3 months after Brexit, and in 2014 more than half of girls aged 13-21 reported experiencing sexual harassment at school or college in the past year.

Equal rights legislation was just an early battle in the fight for equality, the next one is on our streets and in our social media feeds. It involves people like us calling out injustice wherever we see it. So… be a snowflake,  be a whole snowstorm even.

In fact, go out there and be the biggest, heaviest, most impressive avalanche on this side of the Himalayas. Whatever you do, just be sure to rise above them!

Want to write a guest blog? The themes for 2017 have been released, continuing with ‘Political Opinions’ in March. Send your blog to bradley@beatfreeks.com, or contact for more information.