9 LGBTQ* Musicians That You Need To Know 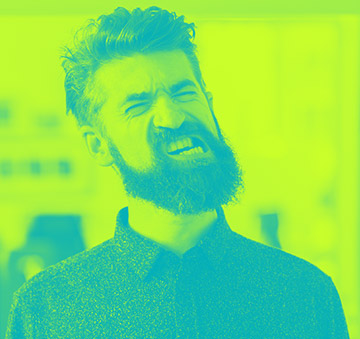 Recently someone asked me “Why are there no LGBT musicians?”, and it’s not the first time I’ve heard it. It always makes me question how much people are searching, but that can be countered with the fact that people shouldn’t have to look hard. We should be as visible as all of the straight musicians singing about their opposite sex love interests.

Heteronormativity surrounds us from everyday out-and-about life to what we see on TV and hear on the radio – and with music, often is the case that there will be just one mainstream artist (usually white and male) that is not only meant to be representation for all of us but it also ignores our personal music tastes and interests. It’s powerful to support people from our community, and sing music about the pronouns we may be interested in or identify as – but one “token” artist on the radio isn’t enough, we still need to find the artists music listenable and enjoy the sounds, whether that be rock, R&B, pop etc. LGBTQ+ artists have contributed so much to the grand scheme of music; and with so many exciting fresh artists, it’s time they get the spotlight.

I’ve been in a bit of a rock-drought since secondary school when I would scream out the words of Misery Business and Thnks fr th Mmrs. This all changed late last year when I stumbled across PVRIS. With an intense alternative-rock sound, monochromatic aesthetic and anthemic tracks, PVRIS do more than fill the void, they create their own – and when I discovered lead singer Lynn was a member of the community, I felt an even further connection.

SOPHIE creates some of the most unique and interesting music of the generation – it has this great mix of superficial and artificial sounds and themes. Take for example their song Lemonade, it has some reminiscence to late ’90’s music, but from another universe – the vocals are pitched, there are a lot of metallic-esque sounds and they feature moments of the unexpected. They’ve worked with a range of artists over the last few years including Charli XCX, Madonna and Le1f – but their signature sound always remains.

Benny is a superstar. He released a song titled “Little Game” when he was 15 years old, which centred around gender roles, stereotypes and expectations – the sound was similar to the likes of Melanie Martinez, it’s brilliant. A little later he released “Boys Will Be Boys”, a gorgeous and delicate song about toxic masculinity. I’m excited to hear future music from Benny, especially if his latest single “Never Apart” is anything to go by. If you want to laugh for a few hours he’s hella funny on Youtube too.

Kehlani is effortlessly cool and sings her truth, using whichever pronouns her songs are about. Bringing an old school R&B vibe and making it her own. If you do anything this year, you should listen to her album “Sweet, Sexy, Savage” where she openly sings about her life. I’m so excited for whats to come from Kehlani, and with her being the reason why LA Pride had a ticket increase sale of 40%, she’s not going anywhere. She’s one of the artists that is getting more and more well known by the day – if you’re not on the Kehlani train, you’re getting left behind. I love her so muchhhhh.

GENRE: DANCE // TRACK: “AT NIGHT I THINK ABOUT YOU”

This is the guy you need to know. Not only does he produce for all of your faves (HE CO-PRODUCED TOUCH BY LITTLE MIX), but he releases BANGER after BANGER. This year is going to be a big year for MNEK as he makes moves into the mainstream with his debut album, and single “Colour” – but honestly, this is a long time coming and I’m so excited for everyone to get his catchy hooks and monster beats stuck in their heads.

Did you see Love, Simon earlier this year? If not, I won’t spoil it, instead insist you watch it by introducing to you one of the main stars, Keiynan Lonsdale. His songs feel so freeing, “Kiss The Boy” encourages people to kiss the partners unapologetically, and coming from a member of the LGBT community – it has even more weight behind it. “Good Life” is a fun and chill bop that will provide the soundtrack to your summer.

Aja makes me so excited, her aesthetic and music gives real anime aesthetic with hip-hop elements. As a drag queen, she gained worldwide popularity on the show RuPaul’s Drag Race, and as a musician, she shocked the world with her performance of “Level Your P**** Up” on All Stars 3, showing how much of a star she is. Her cutting lines and cute beats bring something so new and needed.

Kim Petras’s name should be on the tip of your tongue when someone mentions who the next generation of pop princesses will be. Somewhere in between Britney Spears and Carly Rae Jepsen – Kim delivers a pop track like no one else. Although problematic, I’m excited to see her change the landscape of pop.

After already being a part of one of the most succesful a capella groups of all time, Mitch and Scott formed SUPERFRUIT as a seperate project – and both groups are still going strong. However SUPERFRUIT’s output is full of original music, with a distinct style mixing unique pop & soul. On another note, it’s also really beautiful to see two guys show so much love for each other in a platonic way. After releasing their first EP, they announced they got signed to RCA Records – their future looks really bright.

We’re in an exciting time and I don’t want to stop there, there’s even more artists, some upcoming and some highly established already including Janelle Monáe, Demi Lovato, Cakes Da Killa, Hayley Kiyoko, Years & Years, Adore Delano, Lauren Jauregui, Troye Sivan and Halsey. Just as importantly we should be shouting about independent and local LGBT+ artists, they may not have a big back catalogue of tracks to choose from, or be streamable on Spotify but they’re out here at music events, on Soundcloud and on Youtube. Support them, show that you care, and let make queer art take over the scene.

P.S These are personal recommendations of artists that I LOVE; if you have more that you want to share drop it down below or @ me on Twitter.

Written by Bradley Morrison, Head Of Storytelling at Free Radical.