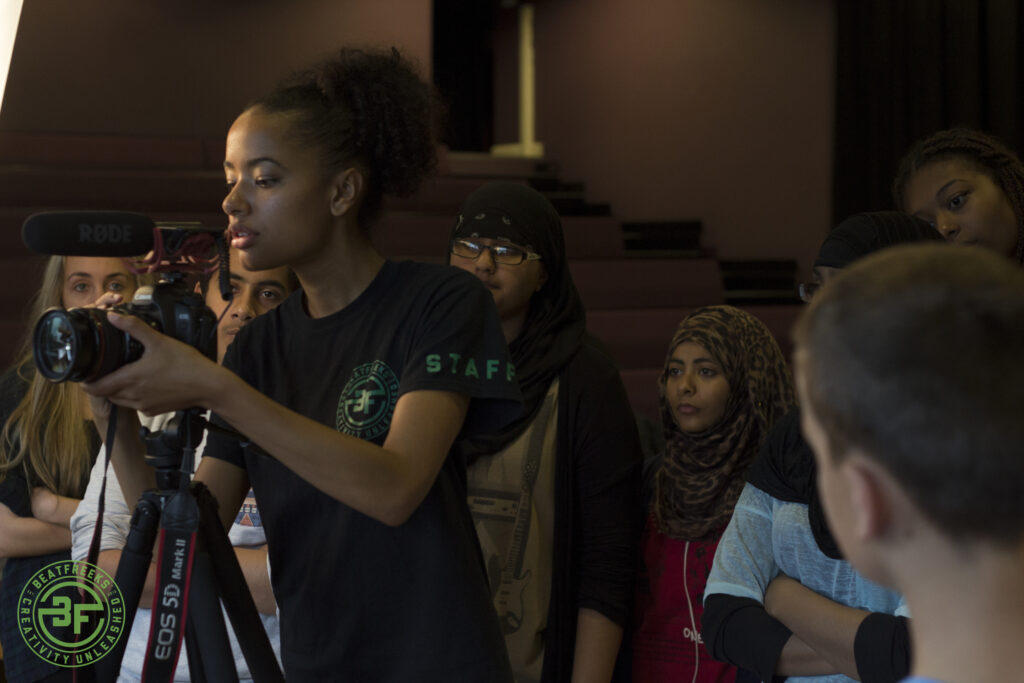 (They are not in any order of rating)

This is one of my favourites of this year because it was the first campaign created by the new BFTV residents alongside BCU’s media channel ‘ScratchTV’. It is also one of my favourites because it was tackling the issue of mental health illnesses and allowed young people to speak up about their mental health illnesses to help raise awareness, which is something BFTV hasn’t done before. It also resulted in a music video which got high praise and was really well edited, featuring Elle Chante (Chantel Regnart) who hadn’t featured on BFTV before this campaign. Great campaign to help young people become more aware that mental health illnesses can come in any shape and form.

To start with, Emily performed her piece with a Ukulele! Wow! It’s not every day you see someone playing a ukulele and that’s one of the reasons I loved this video as the ukulele strayed away from the conventional instruments like guitars and pianos etc. Absolutely marvellous! Another reason I loved this video was because her voice is amazing and it’s such a relaxing piece, making it great to listen to when you need to sit back and relax. Gives you a chance to appreciate a good ukulele. Also, let’s talk about location… the location is so beautiful and so are the camera shots which really brings out the beauty of the song and Emily’s voice along with the colouring because of the summer day it was filmed on. Which further gives that relaxing and good vibe. It’s great for this time of year when you want to see the non-existent sun in the winter. #ThrowBackToSummer.

This video was so beautifully edited and filmed alongside having a beautiful piece of spoken word. It really opens up your eyes to other places that you might not think of and a place that isn’t the UK. The spoken word piece is topped off by how well Amerah expresses herself and the emotion you see in her when doing the piece, you can see the words coming from her heart. Absolutely love it!

This was a really well developed campaign allowing young people a voice for politics. Young people are often looked over when it comes to politics, so this gave them a safe and creative place to open up their mind to what they really think about politics. It was also brilliant as it was released on a daily basis over a week and each day you was left wondering what the next topic was going to be about along with being left with excitement and knowledge after each piece. This is because you was listening to what the young person felt about a certain topic and some topics were something I wouldn’t have thought about before. It was great to see and hear a different take on politics that wasn’t people talking and discussing in the news. It made politics interesting.

FreeSpirit_Ekundayo showed so much passion in her spoken word piece trying to bridge the gap and divide between Africans and Caribbean’s, which I think is definitely something worth acknowledging. It was a great piece as it brings belief that there are people in the world trying to make a change and bring everyone together no matter the situation. It brings hope in believing not all things are bad. But, it does make you realise that there are divides between cultures which do need to be acknowledged and hopefully we all start to realise this and try and make a change.

This was the first stop motion to be put onto BFTV. This was a really interesting take on gender stereotypes and the use of the stop motion made it really simple for everyone to understand, and also allowed it to be young person friendly as it was not too information heavy meaning that people could sit and watch without getting bored and moving on to another video. It had a really interesting message and is something worth talking about. This was also the first time Lauren had made a stop motion and was done in the space of a week at the Beatfreeks Summer Academies 2014. Lauren is also looking to develop this into something much bigger in the future, which is also very interesting as it shows that it is not something that is being left as a standalone piece.

This piece and visuals were both exceptionally great. It gave a new take on spoken word as you was not only seeing a spoken word artist performing, you was seeing some amazing visuals which makes you go ‘Wow’ and question how they did them. It has definitely made me want to learn how to do projection work like this. It was also based on a topic that is really relevant and it was good seeing

Jasmine speak up about a topic that people are embarrassed to talk about, which shouldn’t be seen as embarrassing. Well done to Jasmine as it would have bought confidence into people to be able to speak about this topic without embarrassment.

A documentary following artist ‘Call Me Unique’ on her way to play live at the Jools Holland Festival. This was really interesting to watch as it was allowing the audience to be behind the scenes of a festival and see what it is like for an artist to perform and what they do to get there and get ready. It was really different to other videos on BFTV and deviated away from the conventions of a simple video of one song, as this showed the journey to the performance which was very enjoyable. The way it was filmed was also excellent as it made the video enjoyable and it was often comical and made you want to be on the journey alongside them.

Nicole is a really enthusiastic and passionate spoken word and you can see this in the way she performs her pieces. You see the passion burning inside her and you see it coming out, making her such a great spoken word artist to watch. The video is also really great because of the location and camera shots. I really love that you can see the canal boat in the background along with other pieces of Birmingham like Birmingham Library and the canal bridges and the Sea Life centre! Although in parts the video goes lower in brightness, I feel it really helps express what is being said in the spoken word piece, along with bringing a more natural vibe to the video.

Want to watch all the videos in the top 10 videos of 2015? Watch the playlist by clicking here!